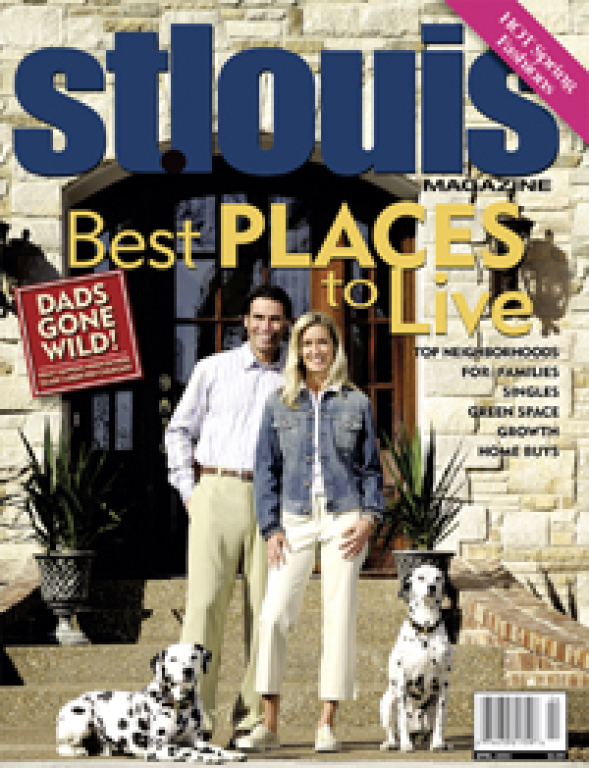 Dogtown was established largely as a mining settlement called Cheltenham in the 19th century, and there are still competing theories as to how its modern moniker came about. The Watch Dog Theory has it that in 1876, the city of St. Louis acquired the land that would be Forest Park, where families of coal miners lived. When the mine where they worked was shut down and they were evicted from their squatters' cottages, they moved into what is now Dogtown and built small shacks near the corner of Park and Graham and bought dogs to protect their families.
Today, Dogtown has lots more patrol cars, so the dogs are mostly for enjoyment, and the neighborhood hosts a fun, laid-back mix of lifers and young urban professionals. A favorite destination of those who like to tip a drink, Dogtown has been referred to as a "province of the Republic of Ireland", and the annual St. Patrick's Day Parade of the Ancient Order of Hibernians draws thousands of spectators. The neighborhood also has taken off thanks to its prime central location. Like its rents and home costs, tranquil-but-friendly Dogtown is pretty unbeatable. Things really happen at the intersection of Clayton and Tamm, where you find Chuy Arzola's Seamus McDaniel's and Felix's, the area's latest hipster haunt.
*Used with permission from St. Louis Magazine